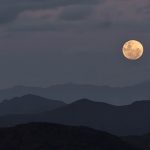 The seventh Poetry in McGregor Festival was celebrated this past weekend 23-25 August at Temenos Retreat.

The Festival is anchored by a deep creative energy.
This energy has a wellspring in the Temenos Garden, with its lovely composition of shrines and temples, ponds and whispering pines.
There are many paths in the Garden, as there are many paths in life.
They are narrow and, when you walk them, you might have that fleeting fear of getting lost, or slipping, or being overwhelmed by foliage.
But you are always led, as though by the hand of the Gardener himself, between flower beds and through an avenue of slender trees.
These grant beauty, colour and serenity, so that a sense of healing pervades, whatever distress or sorrow you might be suffering.

The destinations are varied.
You could find yourself in a spiral of trees, at the start of a stone labyrinth, at the Temple to the Beloved, or at the Inner Temple of the Heart.
You might find yourself standing before the Angel for Lost Children and remember your own childhood.
You might reflect upon those childhoods that are poor, unshod, unfed, uneducated and uninspired.
You might think of those children who have never heard a lute, or a sonnet, or been shown the metaphor within the moon when it grows from nothing to full.

This year’s festival was themed for the moon.
Poets read from the maps of their own life-journeys.
They shared their tangled paths and their destinations; their resolved or unresolved affairs of conscience; their bereavements; their exaltations; their discovery of joy in small things; their loves, both bitter and sweet; how they learnt to forgive; how they cherish life.

After three days of immersion in all things poetic, it was difficult to return to the every-day and to resume office-bound tasks.
Now, as the To-Do List swells, the readings of Mary Oliver’s poems, given by Ilze Olckers and Sandra Hill, in both Afrikaans and English, come to mind.

I reflect on how often poets serve as path-makers and route-markers; how often they lead to shrines within the human heart, much like the paths of the Temenos Garden do.

————————————————————————
It was my pleasure to launch the POETRY IN MCGREGOR 2018 ANTHOLOGY at the 2019 Festival.
Each Festival is celebrated with its own dedicated anthology and is launched the following year. It contains the words of poets on the main programme and many from the open-mic sessions.
The poems included in each anthology are eligible for an Award; and an Acclaim is bestowed on someone who has contributed to the overall enhancement of poetry.
The 2018 Award (granted in 2019) was shared between four poets and the Acclaim between two:

PATRICIA SCHONSTEIN POETRY IN McGREGOR 2018 ACCLAIM
Joint Acclaim 2018 Stephen Watson (1954-201)
For his poetic verions of the /Xam oral testaments collated by Wilhelm Bleek and Lucy Lloyd; and for his contribution to the South African canon as a poet and essayist
Joint Acclaim 2018 Colleen Higgs
For publishing collections by forty-one southern African women poets between 2007 and 2018 under her imprint Modjaji Books 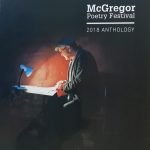