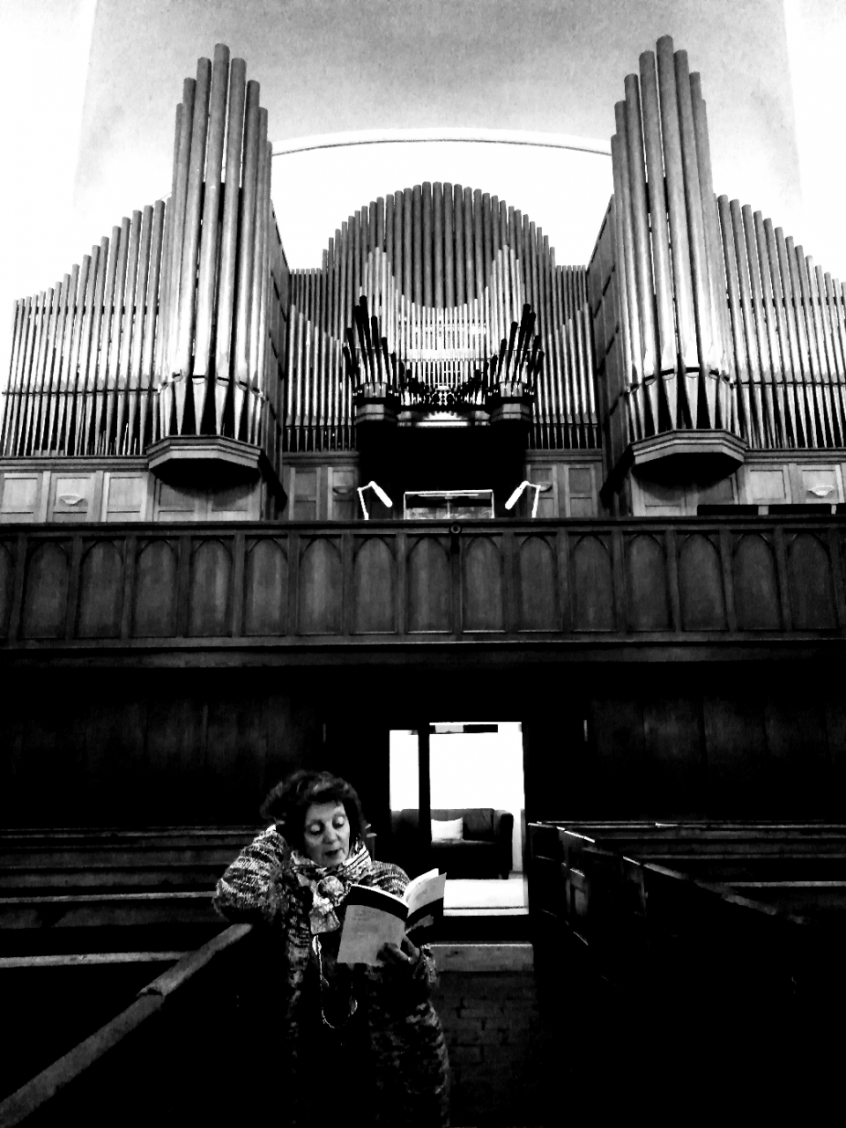 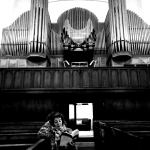 I like to read poems where others pray and where the “matter” of Soul builds up and becomes tangible.

This gives the sense of adding a pebble to a Travelers Cairn, one that has developed over centuries to mark The Way.

On a recent ‘First Thursday’, the art galleries were all open and I wandered the street with the night crowd, enjoying the exhibitions.

I stopped at the Groote Kerk, where the baroque ensemble, Camerata Tinta Barocca, were filling it with indescribably beautiful sound.

When they were done, I remained sitting in my pew, savouring the delicious after-effects of the pieces they had played.

Then I read a few poems from Stanzas 12, concluding with Untitled Nights by Charika Swanepoel. I ended with this one because it is a painting of real life. And because I could discern baroque flute and harpsicord within it, even though the poem unfolds on the stairwell of difficult lives.

“It’s Friday,” says the girl on the second floor.
I know that pause, stopping halfway down
the staircase, and staying for about three seconds
to light the cigarette that’s half-heartedly glued
to your lip, feeling like a papercut.

The sunset is a prelude and the purple-haloed
sky stretches and pushes out feathery white
and deep aquamarine. Then another wave
in bronzed orange, and finally we see that sun
as it first appeared, an intoxicating golden gleam

And then it’s gone, the feral cats start snarling,
and the lady in 312 begins to hit pots and pans
to feed all of hers, and God’s children, too.
The bar downstairs is getting busy, starts up
with its own brand of incessant beating,

shadowy figures moving in the alley outside.
Once the dream has gone, the drugs, the bodies,
we’re all only a chariot away from each other’s end.
It’s getting dark, sparrows flee, and lights come on
automatically, and that’s my cue. That’s my cue.