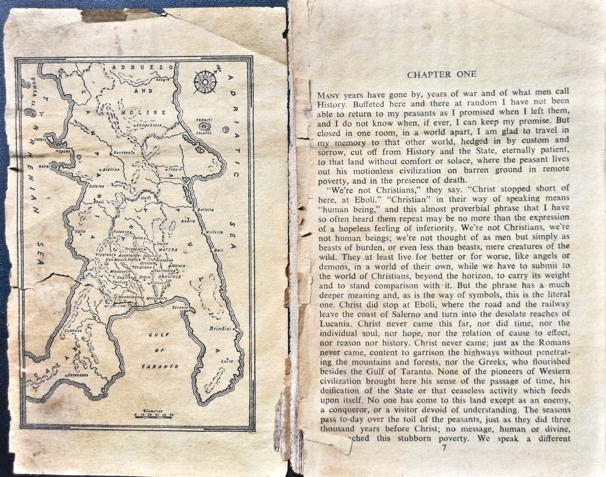 My father was an avid reader of literary fiction and owned a small collection of novels. He also had a copy of Teach Yourself Greek, Teach Yourself Geometry and a fat English dictionary. He made use of book-exchange shops and subscribed to the Reader’s Digest, occasionally purchasing their volumes of abridged novels.

I began reading his books from about the age of eleven. His choice of authors like Betty Smith, Leon Uris, Richard Llewellyn and Carlo Levi made a lasting impression on me as a reader and later as an author. They opened deep places inside me, places of thought and questioning. Through them I learnt to juxtapose real life against fiction. Sometimes I’d close myself in my room and act out scenes. I identified deeply with Francie in A Tree Grows in Brooklyn; and played out a love scene between the young Queen Elizabeth and one of her suitors (taken from a Reader’s Digest abridgement) so often that I still retain a sort of muscle-memory of it. If I lean against a wall in a certain posture, like a lover whose chances are doomed, that piece of drama becomes vivid again. As for the Reader’s Digest abridgements – they are often looked down upon by erudite critics, and nowadays they are not readily available, but I found them tantalising. Most of the abridgements led me to seek out and read the full novels.

My mother also read a lot. I can’t remember where her books came from. Perhaps she borrowed them because she did not accumulate any nor belong to the library or go to the book-exchanges. But each evening after supper, she would sit at the dining room table, knitting while hardly glancing at the needles or the work in progress, reading. She bought the British magazines, Woman and Woman’s Own which were generous with knitting patterns, recipes and all the things good housewives needed to know in those years. There was always a piece of fiction and some true-life stories, one which I remember because it made a lasting, romantic impression. It was titled Wither Though Goest and was about a sea-captain’s wife who had gone with him on board ship, in the days of sailing ships. He used to lower her into the sea, tied by a rope, so she could swim, and they had the most amazing adventures. During a difficult pregnancy she was put ashore somewhere and in this time an accident befell him at sea, and he died. Clearly writing as an old woman, her love of him had never diminished, nor the sense of adventure with which he had imbued her life.

I read these magazines, as well as The Reader’s Digest, from cover to cover, including the adverts. They enriched me as much as did all the novels and classics, what with their horoscopes, agony-aunt columns, corny jokes and puzzles.

Many years later, when I cleared my father’s apartment after his death, I found the old copy of Carlo Levi’s Christ stopped at Eboli, a Penguin paperback, the one I had read so long ago. It was brown and brittle with age. I have stored it in a plastic sleeve and archived it.