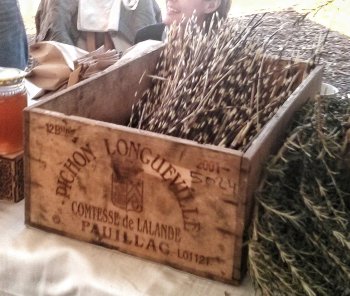 I own 197 porcupine quills. These have been collected one-by-one over some forty years of travelling in Africa. They are beautiful and I have them on display in a crystal vase in my museum, treasuring them as missives from these elusive, nocturnal creatures.

Each has been found in the wild so, at Saturday’s market, I was dismayed to see a young man selling quills. He had a large quantity and I mentioned to him that it’s not ethical to kill porcupines. He shifted responsibility away from himself, indicating that the quills were a bi-catch because his farm workers hunted the animals for food.

I told him this was ‘terrible’ and when he challenged my use of the word, I walked away, not wanting to enter an argument that would go nowhere. I joined my husband and friends to sit on hay bales, looking at the sea and a whale that happened to be there.

The quill-seller sought me out and began to rationalise his position, but I would not accept it because, to my mind, there is no rationalisation. For each porcupine killed, I pointed out, there is one less alive. It is just a matter of time before what is wild will be tallied on only five fingers. Imagine the countdown to their extinction when only five porcupines remain: ‘Five– four – three – two – one – none.’ This is not speculation. Humankind is fervently exterminating wilderness.

I positioned myself as custodian and asked him to consider removing himself from the supply chain, to stop buying & selling quills. When he said he would, I asked him to promise so, which he did. Perhaps he was just humouring me, by telling me what I wanted to hear. But I took his pledge and shook his hand to seal the commitment, accepting it as coming from his heart, from his deep self, thus making it binding and irrevocable. He cannot break it, but I can never chase up on it, though somewhere, I know, a porcupine rattled its quills as witness.