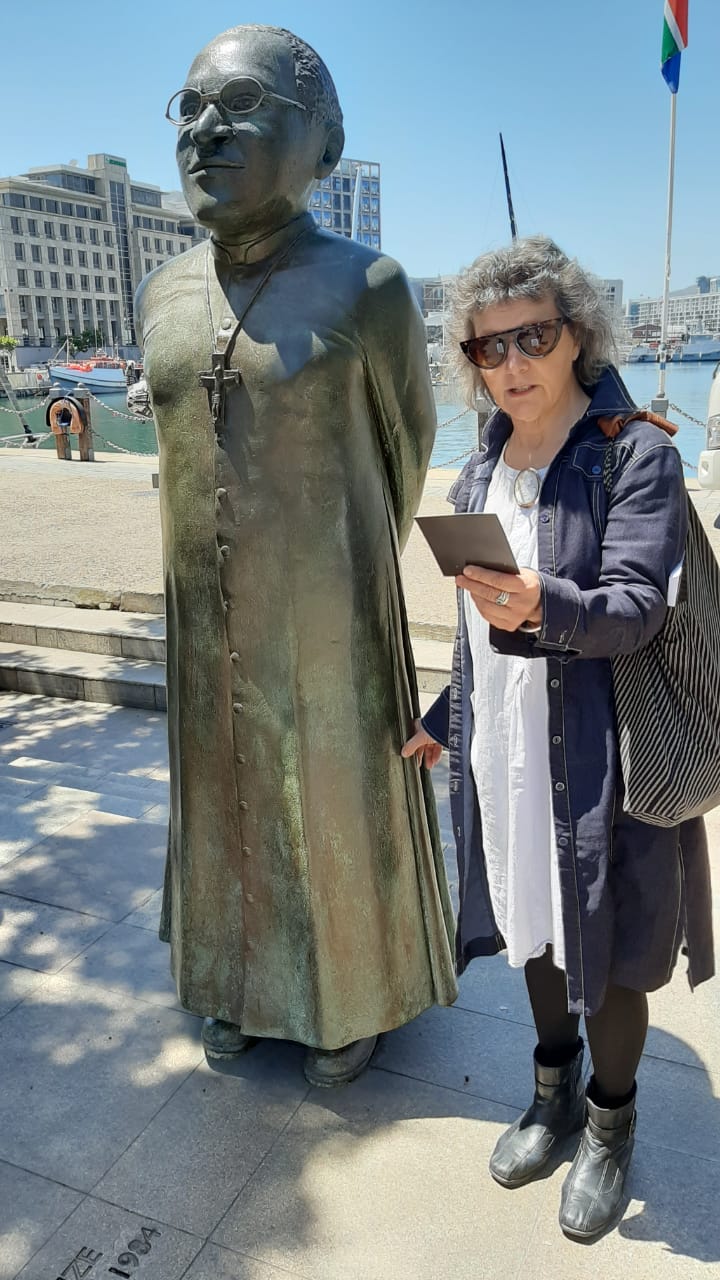 November holds the anniversary of the 1918 Armistice, signed at Le Francport, “at the eleventh hour of the eleventh day of the eleventh month” bringing an end to World War One.
It also holds the anniversary of the 1989 fall of the Berlin Wall which saw the end of The Cold War.
In tribute to these events, and in homage to those persons who strive against the dark chapters of the human condition, I share with you ‘South African Prayer for Peace’.
I recited it last week, standing with the statues of the four South African Nobel Peace Laureates at the V&A Waterfront in Cape Town— Robert Sobukwe, Nelson Mandela, FW de Klerk and Archbishop Desmond Tutu.

This was after presenting forty copies of ‘Sing, Africa! Poems and Songs for Children’ to Léanne Keet and Sandy Immelman of MASIKHULE.
Masikhule is a Somerset West-based project that trains teachers in Early Childhood Development.
The book bursts with poems and songs of peace, goodwill and care and will be put to inspiring use.
The gift copies were generously sponsored by a group of my friends and poets in response to the “Arch Meets Prince Archie Campaign” following Archbishop and Mrs Tutu’s recent meeting of the baby prince, who himself received a copy from the Tutus.

Now, with these formidable anniversaries in mind, I reflect on the “dismantling” of war, and on the “seeding” of peace—the former being so painful, so marked by catastrophic loss and mourning; the latter portent with hope and goodwill, but requiring constant care and nurturing.
—————————————————————————————-
SOUTH AFRICAN PRAYER FOR PEACE