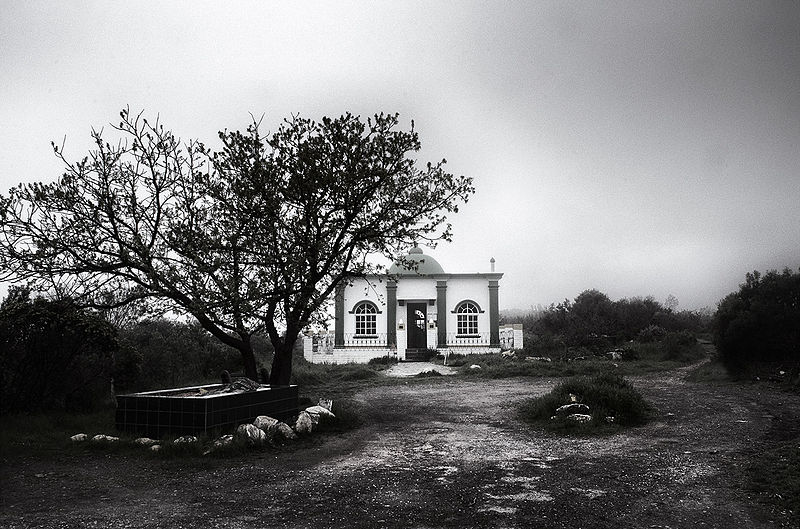 Personally, I would like to spend this time in the Garden of Temenos Retreat, in McGregor, in silence, amongst its shrines, within its layers of Barakah and healing energy.
But I am positioned here, in Cape Town’s city bowl.

The wind is blowing strongly and there is golden, dawn light all about.
A bird sings.
The blackened flank of Lion’s Head is still sore from a recent, terrible fire.
The Kramat shines in bright white and its centuries of layered Barakah ripple out across the city.