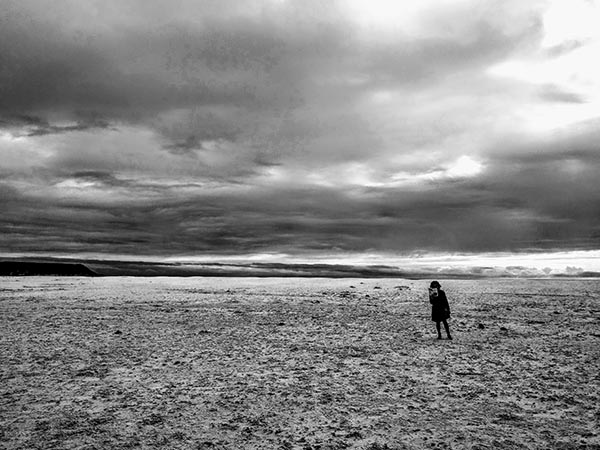 Wilfried Schärf, a friend of many years, died this month.
He had been a lawyer, Professor of Criminal Justice, and Director of the Institute of Criminology at the University of Cape Town.
A one-time jeweller, he could identify edible mushrooms and was a great cook.
He was a man of integrity; a descendent of German Moravian missionaries whose heart was scored with an inviolable sense of justice.

As Director of the Institute, he was once, in the 1990s, tasked as part of a DFI research team to investigate prisons in Mozambique.
He witnessed medieval conditions for the imprisoned and condemned.
At one of the prisons, he was given a candle before entering dark, sickly cells where prisoners had no access to light and where the air was fetid and hungry.

He described this experience – of walking into the barred gloom – so acutely, that I still carry the vision of those light-deprived, black cells in which men waited out their lives and to whom he brought a single flame of compassion.

Last week, Wilfried’s life-partner, Christine Glover, invited friends and family to a farewell ceremony and celebration of his deep goodness.
Wilfried’s brother, Erni Schaerf, a retired Lutheran priest, joined us on skype from Munich, along with his niece, Uta Schaerf, and her children in Brussels.
He recited two prayers.
One was a thanksgiving for life. The second was The Lord’s Prayer.
From this, the line ‘And deliver us from evil’ seared itself into the gathering.

With Wilfried in mind, and to celebrate the Day of the Imprisoned Writer, I read poems from Stanzas Nine on Noordhoek Beach.
The light was striated with cloud.
A lone seal battled the surf.
A mussel had opened out flat and its two shells were like the wings of a small angel spread on the sand.
I read the poems out across the vast beach and sea, with the imprisoned and the condemned in mind.
I celebrated everything that Wilfried Schärf stood for: Justice. Ethics. Morality. Light.

On the back of a stained diesel freight
clattering into the vastness,
a battered hand-lantern pokes
at the dark.
Sparse farmhouse lights
prick at a black night sky.
In the passing town
a single flashlight wobbles,
trying to slice into the silence
of evening’s power failure,
framing walls, stoep
and a barking dog.
The eyes of a hooded owl
glow into the night,
outlined by a
silent quiver tree.

This morning, when I woke,
the house next door
had an incredulous, dishevelled look,
an all-windows-open stare.
My neighbour had not come out to fetch
yesterday’s paper from the letterbox.
The front door, by day so tightly latched,
stood wide open to the morning’s flux.
Hasty visitors went and came and went—
silent, businesslike—not invited, sent.
Callers he had never known by sight
were taking him out into harmless light.

This is how I wanted poetry to be:
white, caressed matter.
Feather, petal or paper
on the edge of a dawn.
In silence, the naked eye
shines here, is combed with light,
because desire
is infatuated by horizons.

Charl JF Cilliers has published nine volumes of poetry. His poems have appeared in various literary journals in South Africa and abroad.

Craig O’Flaherty is in the process of completing an MA in Creative Writing at Rhodes University in Grahamstown. He runs the Centre for Coaching at UCT’s Graduate School of Business where he involves poetry in his coaching and teaching.

Marco Fazzini teaches at Ca’ Foscari University of Venice and is
director of the Poetry Vicenza festival. He has translated a number of English poets into Italian. His poetry has been published in numerous collections and anthologies.
—————————————————————————————————–
Stanzas is a quarterly for new poems