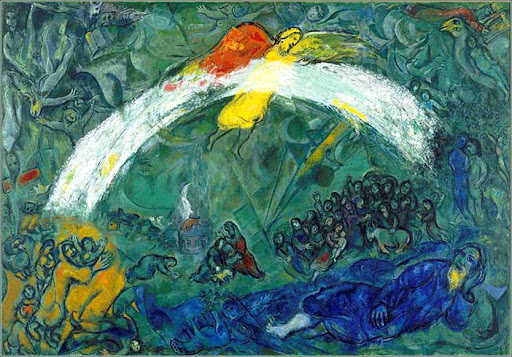 For the first time since industrialisation, we have ceased to overpower the sounds of the natural world with our cacophony.

Standing on my veranda, I can hear the incoming tide, a few kilometres away, as it crashes in on Milnerton beach.

Each early evening of April, the planet Venus has held court, at her very brightest during this dark month of pestilence and an incumbent spectre of death.

I listen to ‘The Armed Man: A Mass for Peace’ by Karl Jenkins, and find its metaphor in what we are experiencing now, during this pandemic.

In my correspondence with others has come up, over and again, a sense of gratitude for this stepping back from our polluting role as ‘Alpha species’, and our granting breath to earth and ocean.

There seems to be a relishing of this enforced time of introspection, an assessment of motives. There is a questioning of what has intrinsic value and what will no longer be worth pursuing when life ‘normalises’ again.

Cape Town has an eeriness to it. At each intersection, one or two destitute people hold up their cardboard begging-boards to the one or two cars breaking the solitude of the roads. They seem to be both damned and doomed. On some of their imploring boards is written the word ‘God’. On most, the words ‘Help’ and ‘Hungry’.

Meanwhile, in the Garden of the Beloved, at Temenos in McGregor, which has become a wellspring for poetry in South Africa, Billy Kennedy is now the lone gardener, for his team may no longer leave home and go to work.

Billy walks the meandering paths between ponds and flower beds, under the whispering trees. He paces on our behalf, in prayer and blessing while, outside of that sacred place, vines and creepers threaten to entangle our known world.

They threaten to detour us from our established routes within the material world, but they are actually there to guide us, blossom-laden as they are. First through fear and darkness, and then toward compassion and restoration.

From a small Hungarian unit in the Alps a young lieutenant
sent out a scouting party into the icy wastes.
At once
it began to snow.
It snowed for two days and the party
did not return. The lieutenant was in distress:
He had sent his men to their deaths.
On the third day, however, the scouting party was back.
Where had they been? How did they manage to find their way?
Yes, the man explained, we certainly thought we were
Lost and awaited our end.
When suddenly one of our lot
Found a map in his pocket.
We felt reassured.
We made a bivouac, waited for the snow to stop, and then with the map
Found the right direction.
And here we are.
The lieutenant asked to see that remarkable map in order to
Study it. It wasn’t a map of the Alps
But of the Pyrenees.